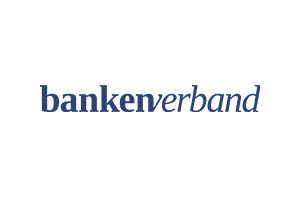 The number of payment transactions involving Austrian card holders dropped to 180 million in Q1 2020, after 196 million in Q4 2019. However, contactless payments saw an increase, the transaction limit having been raised to €50.

In Q4 2019, the Austrian household sector was indebted to 50.2% of GDP. This figure is well below the euro area average of 65.4%. Corporate debt in Austria was at 396% of gross operating surplus or 90.4% of GDP, also below the euro area average of 512.3% and 107.6% respectively. Lending to non-financial companies has been accelerating in Austria since mid-2017. In 2019, corporate loans increased by 6.2% year-on-year and loans to private households by 4.2%. Lending to property-related sectors and mortgage loans were the main drivers.

Austrian banks benefited from favourable economic conditions in 2019. The developments prevailing in Austrian banks until the end of 2019 largely reflect the cyclically induced positive developments of recent years. During this period, the profitability of Austrian banks recovered strongly, driven in particular by credit risk costs, which fell to historical levels, and also by the recent dynamic growth in credit. Capital resources have doubled over the past ten years and the liquidity position of the banks has also improved.

The profitability of credit institutions in Austria was supported in 2019 by the favourable economic environment, the accelerating credit growth and the historically low cost of borrowing due to low interest rates. As a result, domestic banks achieved a consolidated profit for the period (after tax) of €6.7 billion. The subsidiaries of Austrian banks in CESEE continue to benefit from the comparatively good economic conditions in the region. Credit growth (loans after provisioning) amounted to 10.2% in 2019. This development was mainly driven by the subsidiaries in the Czech Republic, Russia, Slovakia and Hungary.

Aggregated profit for the period (after tax) increased comparatively strongly year-on-year at the Austrian subsidiary banks in the Czech Republic (17%), Russia (12%) and Slovakia (7%).

The systemic risks arising from private residential real estate financing remain limited in Austria. To ensure that this remains so, sustainable lending standards are essential. The Central Bank of Austria (OeNB) continues to closely monitor developments on the real estate market and banks’ compliance with the sustainable lending standards communicated by the Financial Market Stability Board (FMSG). Credit quality continued to improve in 2019: the ratio of non-performing loans (NPLs) at the consolidated level was 2.2%; in the Austrian business segment it was 1.7% and at the Austrian subsidiaries in CESEE it was 2.4%.

The CET1 ratio of Austrian banks amounted to 15.6% in 2019. Rising credit growth and increasing dividend distributions make it difficult for the banks to increase their capital further.