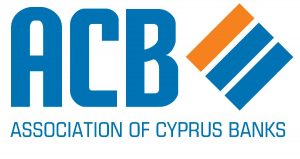 Almost seven years after the peak of the previous sovereign debt and financial crisis in Cyprus, the country is now navigating new challenges that drive the public and the banking sector into uncharted waters.

Even though the country’s economic performance was one of the best in Europe in 2019 with real GDP growth reaching 3.2% and unemployment steadily declining to be at 7.1%, below the euro area average, the major threat of recession is looming ahead for Cyprus as well as the rest of the world.

Over the last seven years the banking sector has demonstrated great ability in adapting to various new regulatory and legislative requirements. The banking sector’s achievements were recognized by international institutions, independent observers of Cyprus’ economy and private organizations like correspondent banks in the EU and USA. During this period, banks have contributed towards Cyprus’s successful performance after the conclusion of the economic adjustment programme, having managed to restore, gradually, credibility, restructure operations and procedures, and overcome challenges to finance new viable projects and investment opportunities. Lessons learned during the last seven years have prepared the banking sector well to respond to the new crisis and extraordinary circumstances created subsequently, primarily in the domain of public health and, second, for the economy.

The banking sector in Cyprus comprises domestic banks and international banks with Cyprus-based subsidiaries or branches. Beyond the traditional deposit and lending services, banks in Cyprus operate under the universal banking model as they offer a diverse range of products and services. Deposits from customers have traditionally been the main source of funding for banks and that element remains stable for the local banking sector.

Within the framework of the European Banking Union, the Bank of Cyprus, Hellenic Bank and RCB Bank, have been, since November 2014, among the European credit institutions that came under the direct supervision of the ECB, as part of the Single Supervisory Mechanism (SSM) provisions, whereas the subsidiaries of Greek banks are supervised by the SSM as their parent banks are systemic in their home country.

All banks adhere to the SEPA direct debits’ scheme, administered by JCC Payment Systems (a national card acquirer). A law transposing the revised Payment Services Directive (PSD2) was enacted in April 2018.  The banking sector, through the Association of Cyprus Banks (ACB), has been undertaking preparations in order to deal with payment innovations that will be brought by open banking and instant payments as well as the necessary increased payment safety.

During the last three years (2018-2020), consolidations took place in the banking sector as there were acquisitions of institutions as well as a reduction in branches. As of the end of 2019, there were 326 branches in Cyprus (compared to 458 in 2016) and banks had a total of 8,548 employees. Banks provide a widespread ATM network as well as mobile solutions, contactless transactions and smart device applications to customers, while they continuously upgrade their online banking sites.

During 2019, aggregate bank deposits remained fairly steady at €48.7 billion, as confidence gradually returned. Bank deleveraging is continuing, and total outstanding loans were reduced by €5.6 billion throughout 2019 (a 14.3% decrease from the end of 2018) as banks maintained their efforts to reduce non-performing loans (NPLs). Nevertheless, during the year a total of €3.2 billion of new lending was given to firms and households.

In the area of financial education, the ACB and its member banks launched an initiative named “More than Money” during 2016. The project is aimed at familiarising primary school pupils with concepts related to money management and it has taken place every year since. It is implemented by the organisation “Junior Achievement” (Cyprus) and is under the auspices of the Ministry of Education and Culture. By the end of 2019, it was extended to more schools and students in the country and a new programme was introduced to secondary school students.