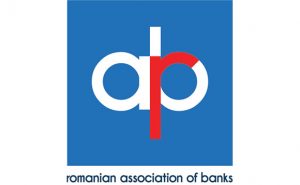 In 2020, the Romanian real GDP’s decline stood at a modest 3.9%, which means that it was less severe than the decline of the European Union standing at -6.1%, contemplating the measures taken by the Romanian authorities to counter the negative effects of the Covid-19 pandemic. For this year, the forecasts mention an economic growth between 4-7%.

Last year, the general budget execution closed with a deficit of over 9.8% of the GDP, double compared to the year 2019, contemplating the expenses to combat the pandemic effects and the fiscal facilities granted. During 2020, the balance of payments’ current account posted a deficit of almost €11 billion, according to the National Bank of Romania’s data. The programmes supporting employment reached their goal i.e. to curb the effects of the pandemic, so that the unemployment rate continued being low, namely 3.4%.

From the very start of the pandemic, the banking sector’s robustness ratios allowed for a proactive approach, namely to absorb customers’ problems and enhance lending at pace. The banking sector’s solvency ratio stood at 25.14% at the end of December 2020, the highest level of  solvency since 2007.

For 2020, the data on lending showed an increase in non-government credit by 5.5% to €58 billion. Thus, in 2020, paradoxically, we witnessed the increase in financial intermediation to 26.8% –  from 25.3% in 2019. The new loans granted to corporations and to households stood at 84 billion lei last year and had a weight of almost one third of the non-government credit balance. The banking sector’s assets were €115 billion, this figure proving the size of the funding granted to the economy. The loans-to-deposit ratio dropped to 66%. Domestic saving went up by 14.4% during 2020, increasing to €86.4 billion.

After almost one year since the start of the Covid-19 pandemic in Romania, in the banking sector, surveys show an increase in the level of financial inclusion and of digitalization. Two out of three Romanians (67%) use all types of banking products and services, according to the survey  ‘The Romanians’ perception of banking sector digitalization’ drawn up in December 2020 by the Romanian Institute for Evaluation and Strategy (IRES). In 2017, the level of financial inclusion was estimated by the World Bank at 58% in Romania.

Romania had one of the steepest decrease in its NPL rate among European countries, the drop  happening almost six times in seven years, down to 3.83% at the end of December  2020.

At the end of 2020, the Romanian banking sector included 34 credit institutions: three banks with full or majority Romanian state capital, three credit institutions with majority domestic, private capital, 20 banks with majority foreign capital and eight branches of foreign banks. About 70.5% of the Romanian banking sector’s assets were held by institutions with foreign capital in 2020. Contemplating the expansion of digitalization and the optimization of operational expenses, the banks’ branch network shrank to 3,835 banking outlets while the number of employees stood at 52,650.

The banking sector’s capacity to generate profit was influenced negatively by the outlook of worsening macroeconomic conditions. In the banking sector, the return on assets (ROA) and the return on equity (ROE) stood at 0.95% respectively 8.66% at the end of last year. These returns have started getting better during this year – which is a positive signal including for the additional capitalization capacity and which can support lending. In 2019, the national banking sector ranked number 11, respectively number seven among the European Union Member States as regards ROA (1.4%) and ROE (12.3%).

After 14 years since the integration in the European Union, Romania is the state ranking last in the EU as regards financial inclusion (67%), financial intermediation (26.8%), the level of financial education (22%) and, with some exceptions, the level of economic welfare.

Forward looking, the Romanian banking industry aims to contribute to the sustainable development of Romania as well of the Romanian society in general. Accountability in resource allocation will be of utmost importance for the development of Romania’s banking sector and its economy during the post-healthcare crisis and for the revival of the economy.