BRUSSELS, 10 March 2020 – As the European Commission is preparing its next steps towards creating a solid EU framework for fighting money launderers, the European Banking Federation today presented its blueprint with recommendations for an effective EU’s Anti-Money Laundering policy, known as AML.

The report identifies four priorities that need to be addressed. In concrete terms, the EBF suggests to:

Based on these four priorities, the EBF has formulated 20 concrete policy recommendations that are elaborated in the 40-page EBF blueprint ‘Lifting the Curse of Dirty Money’. Click here to access the blueprint.

“Combatting financial crime essentially is a real fight against real criminals that make people suffer and undermine our society. We need a European framework that prevents this and that stops crime, instead of continuing the current tick-the-box exercise.” 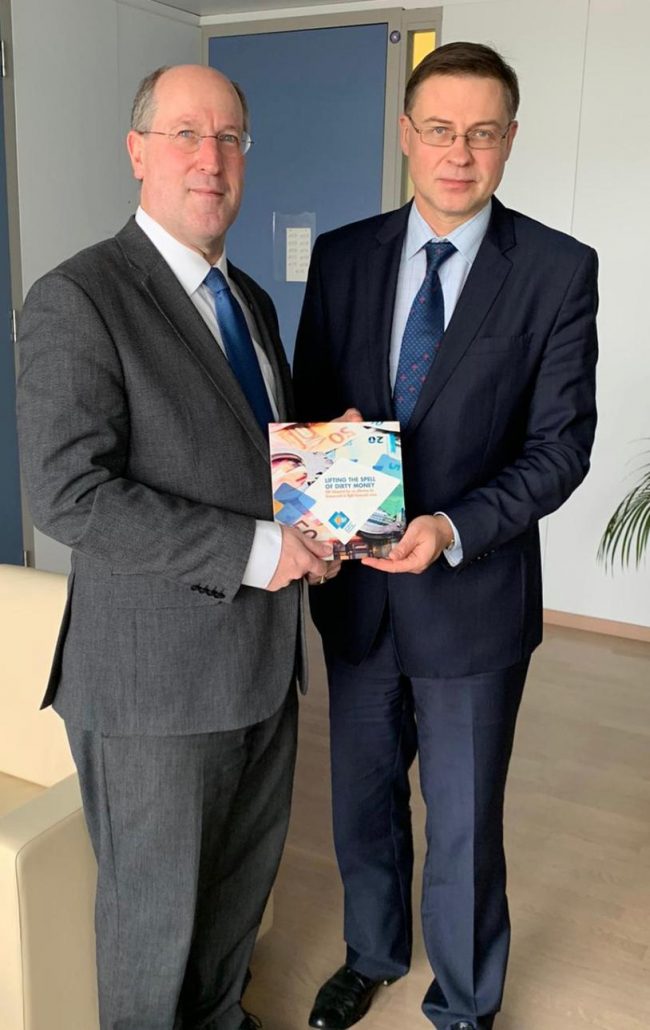 “Banks really are part of the solution. We need effective cooperation between all actors in the financial ecosystem, both public and private. This means exchanging more information, also across borders, and harmonising the approach at the European level. We also need to be smarter and use new technologies.”

Banks, as financial gatekeepers, are spending billions of euros on compliance, on monitoring transactions and on generating millions of suspicious activity reports. Despite this, criminals know how to exploit the regulatory fragmentation in Europe, letting them still move undetected vast amounts of dirty money across borders.

The EBF and its members propose collective action to be taken by private sector, governments and law enforcement. To be specific, the four priority areas defined in the EBF blueprint consist of the following recommendations:

Dozens of national and regional supervisors are imposing regulatory requirements to financial institutions, sometimes overlapping. By empowering the European Banking Authority as rule-setter, AML rules could be implemented in a harmonised way. Supervisors, law enforcement and Financial Intelligence Units need to coordinate their work closer and cross-borders, as well as have access to enough resources to facilitate their efforts.

Reporting of suspicious activities/transactions and KYC requirements are creating vast amounts of data. Only by detecting and sharing the appropriate information within banks, between regulators and bank-to-bank will help to quickly detect and mitigate the risks of financial crime. Moreover, with full respect to privacy laws, public-private information sharing channels should be further promoted.

Growing sophistication of criminal behaviour and the interconnectedness of the financial ecosystem require rapid reactions. New technologies such as artificial intelligence can strengthen and automate several compliance tasks, both by private and public sector entities. Advanced analytics and robotics can particularly improve beneficial ownership transparency and KYC procedures.

The European Banking Federation is the voice of the European banking sector, bringing together national banking associations. The EBF is committed to a thriving European economy that is underpinned by a stable, secure and inclusive financial ecosystem, and to a flourishing society where financing is available to fund the dreams of citizens, businesses and innovators everywhere. Website: www.ebf.eu Twitter: @EBFeu.

Review of the framework for the Standardised Approach for Counterparty Credit...
Scroll to top