BRUSSELS, 26 July 2019 – The European Banking Federation together with its member bank associations, has joined the No More Ransom campaign, a public-private project launched in 2016 offering free decryption tools for ransomware victims and awareness material. Ransomware is a type of malware that blocks a user’s device until a certain amount of money is paid by the victim, often in cryptocurrencies. Ransomware and other forms of online extortion are surging rapidly across the world, costing individuals and businesses billions each year.

Today at the three year anniversary of No More Ransom, more than 200,000 victims of ransomware recovered their files free of charge. This year alone, Europol added 14 new types of tools on its online portal www.nomoreransom.org. Through this portal, victims can decrypt up to 109 different types of ransomware infections, instructed in 35 languages. GandCrab, one of the most harmful and widespread threats globally, was the first to get its decryption tool in February 2018. Since then nearly 40,000 people have successfully decrypted their files, saving roughly €50 million in ransom payments.

As main targets of cyber attacks, banks are dedicated to maintain high levels of security on all fronts. Bank security and policy experts are convinced that the best way to keep up with the rapid evolution of cyber crime is the close cooperation with public authorities.  The No More Ransom Campaign is another example of effective collaboration between law enforcement and private sector. Thanks to the campaign, European banks will be able to raise further awareness and protect their organisations and customers against the rise and amount of cyber criminals and their sophisticated methods. 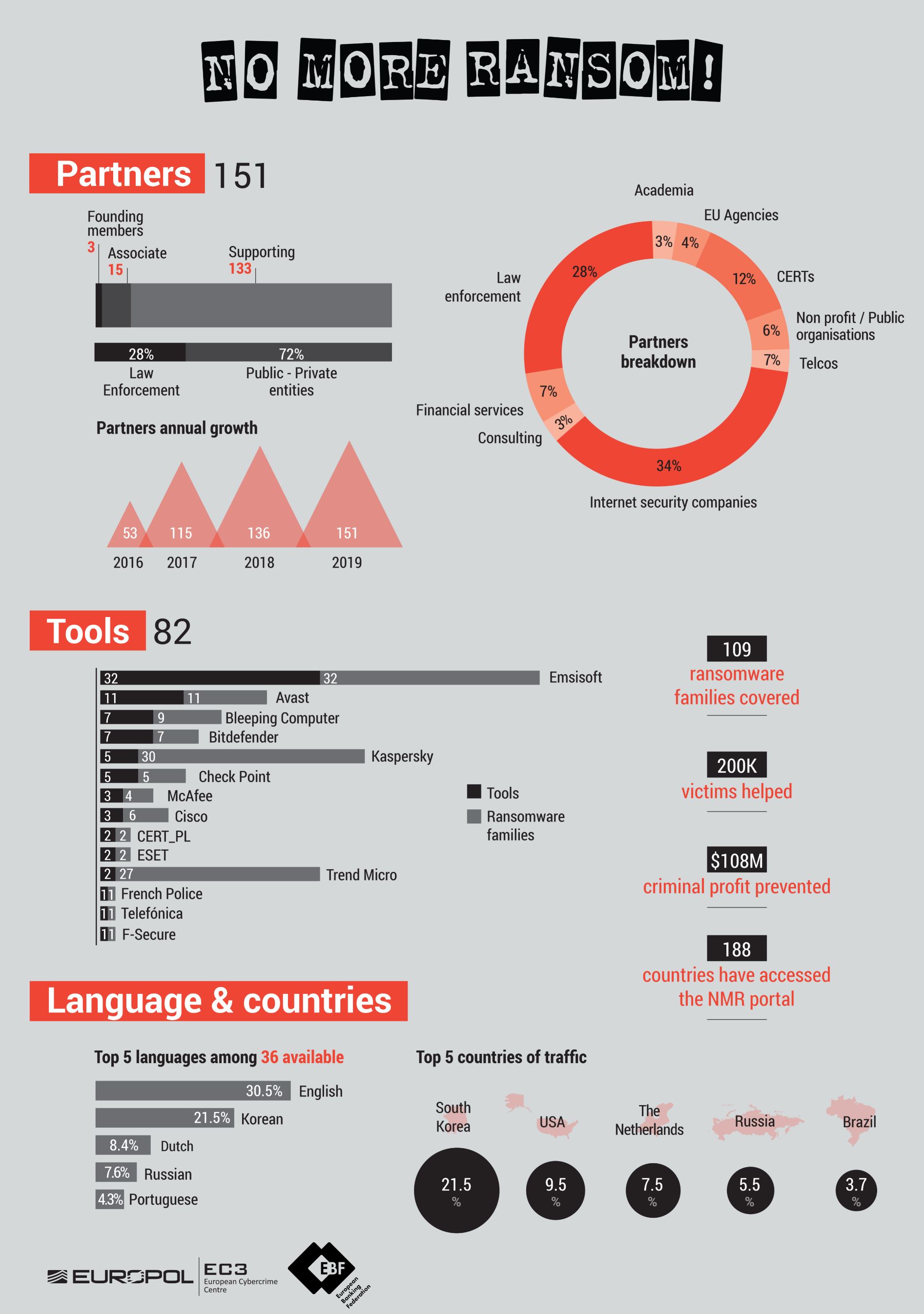 The European Banking Federation is the voice of the European banking sector, bringing together national banking associations from 45 countries. The EBF is committed to a thriving European economy that is underpinned by a stable, secure and inclusive financial ecosystem, and to a flourishing society where financing is available to fund the dreams of citizens, businesses and innovators everywhere. Website: www.ebf.eu Twitter: @EBFeu.

#JobAlert: The Financing Sustainable Growth team at EBF is looking for a trainee!

Apply now to join & support the team in all things related to building an integrated and deepened European Capital Markets Union 👉https://www.ebf.eu/vacancies-at-the-ebf/vacancy-trainee-financing-sustainable-growth/

Payments services under PSD2: Where do we stand and where next?
Our website uses cookies as per this cookie policyI ACCEPTI DO NOT ACCEPTPrivacy policy
You can revoke your consent any time using the Revoke consent button.Revoke consent
Scroll to top