To weather the economic storm and finance the future, Europe needs strong banks

To weather the economic storm and finance the future, Europe needs strong banks

The aftermath of the Covid-19 pandemic, Russia’s invasion of Ukraine and higher inflation has resulted in a gloomy economic outlook. As cost-of-living soars, many families and businesses across Europe are facing difficult times ahead. Identifying appropriate measures to assist them through this uncertain period — especially the most vulnerable parts of society— is crucial. The banking sector stands ready to work with policymakers to support them in finding the best way forward, as it did during the unprecedented crises of the past few years.

The initiatives emerging in some European countries aimed at imposing ad hoc taxes on banks are unjustified, discriminatory, and most importantly, fall short of addressing the cost-of-living crisis. As expressed by the European Central Bank (ECB) on other similar initiatives, ad hoc taxes for budgetary reasons place undue burdens on banks and should be carefully considered as they might ultimately affect the sector’s resilience and ability to finance the economy.

Banks finance around two-thirds of the European economy, providing crucial funds to people and businesses. Despite operating in an environment of negative or record low interest rates in Europe, the banking sector has continued to serve their clients and support the EU economy, while significantly increasing their robustness over the last decade. They have stepped up to provide crucial support to households and corporates during the pandemic and the war in Ukraine. During the prolonged period of uncertainty, banks have played a role of the stabilizer together with authorities.

Looking to the future, significant challenges still lie ahead. Geopolitical instability will continue to impact the costs of energy as well as other goods and services. Addressing climate change and powering the digital transformation will require decisive action and major investments. To continue financing the economy Europe needs healthy and profitable banks. Discriminatory measures taken by governments, like ad-hoc taxes, would only serve to weaken the sector’s resilience and hinder its ability to continue providing credit to businesses and individuals.

To be robust and competitive, banks must be profitable

However, the recent monetary policy decision by the ECB will not necessarily result in an increased bank profitability, as it might be offset by increased cost of funding, higher provisions and higher rates of default of some companies.

To attract investors and be able to raise capital needed to continue financing the economy, banks must be profitable. The European banking sector is already suffering from a lower profitability than their peers in competitive jurisdictions. Furthermore, the continuous uncertainty of additional regulatory and supervisory measures at the European level means banks already face difficulties in attracting investors. The adoption of unilateral measures by national governments will deteriorate the competitive capacity of the credit institutions and generate additional uncertainty, discouraging even more investors during a time when EU countries, among other initiatives, need to invest in climate change mitigation projects.

The European banking sector is a key contributor to the public budgets and the tax treatment of banks in Europe is no more advantageous than the one that applies to companies operating in other industries. Unlike in other sectors, where Value-added tax (VAT) is neutral for the enterprises as it is fully paid by customers, banks bear an additional cost as they cannot deduct the VAT they pay when acquiring goods and services necessary for the development of their activities.

In light of the heavy tax burden already imposed on Europe’s banks, initiatives such as temporary levies appear particularly discriminatory. In addition, European Banking Authority’s (EBA) guidelines on loan origination, indicate that entities should consider and reflect in loan pricing, all relevant costs including taxes, with consumers ultimately bearing the weight of such measures.

As the world economy enters stormy waters, Europe needs robust banks to finance the economy and achieve its objectives. The banking sector will continue to support its clients and stands ready to work together with authorities and regulators to chart the path forward. However, the uncertain economic situation cannot be addressed by targeting the banking sector alone – all actions taken by governments should consider the bigger economic picture and the global context.

The European Banking Federation is the voice of the European banking sector, bringing together 32 national banking associations in Europe that together represent a significant majority of all banking assets in Europe, with 3,500 banks – large and small, wholesale and retail, local and international –while employing approximately two million people. EBF members represent banks that make available loans to the European economy in excess of €20 trillion and that reliably handle more than 400 million payment transactions per day. Launched in 1960, the EBF is committed to a single market for financial services in the European Union and to supporting policies that foster economic growth. 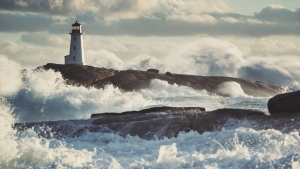 EBF consultation response on the International Sustainability Standards Board...