The Chief Economists’ Group of the European Banking Federation expects economic growth in the Euro area to continue above trend, albeit at a lower pace, and despite lower growth dynamics expected for the next quarters to come. The slowdown in the pace of the economic growth in the 19-country bloc is mainly attributed to temporary country-specific factors and an easing of foreign demand. The Euro area economy will continue growing in the forecast period benefiting from sustained domestic demand, accommodative monetary and fiscal policies, and strong labour market performance. The main downside risks remain the internal uncertainty illustrated by political jitters in Europe and an external environment with weaker global trade and lingering protectionism. We expect the Euro area to expand, offsetting uncertainty and tempered global demand, by 2.0 percent in 2018. Growth is expected to cool down slightly in 2019 with a projected GDP growth of 1.8 percent.

Highlights from the EBF forecast: 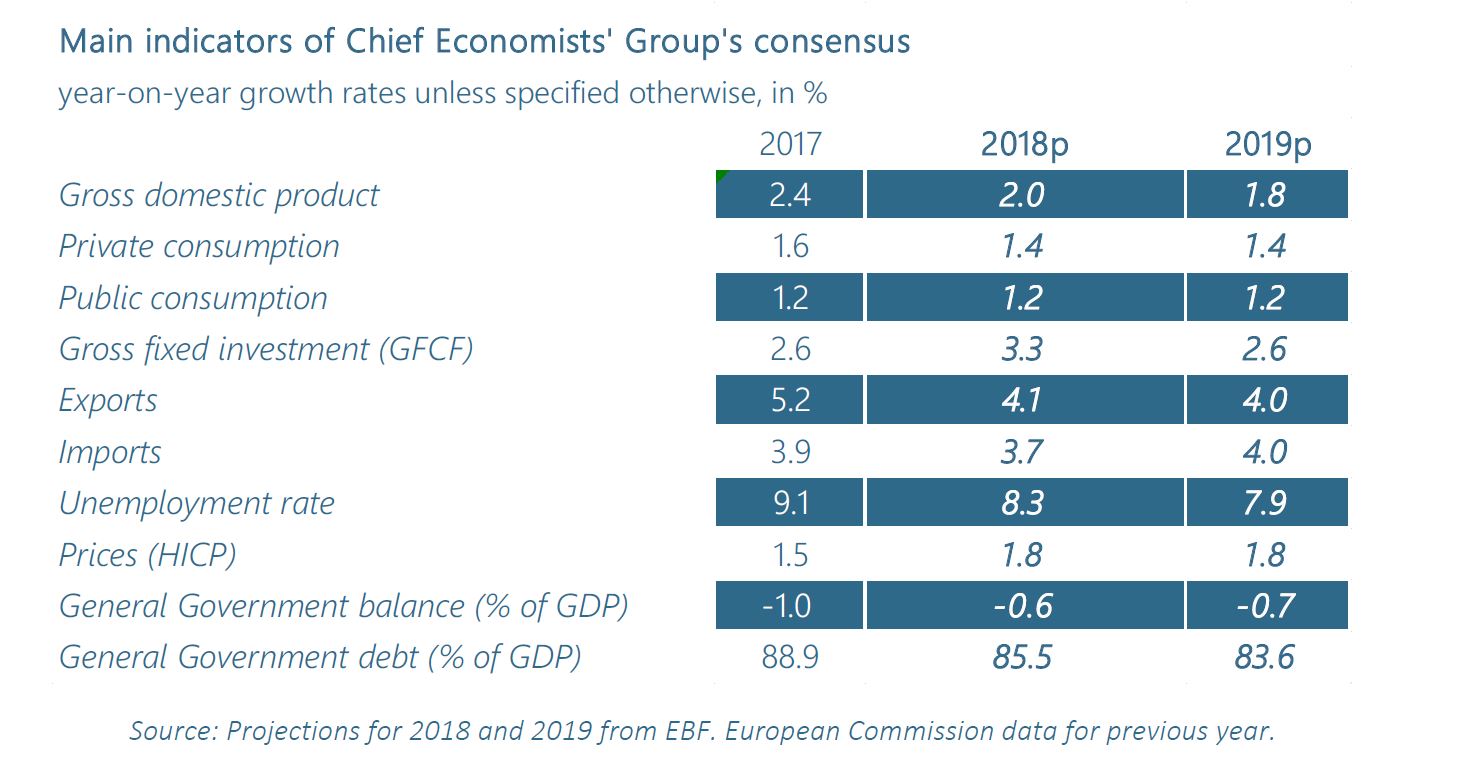 kkkk
Risk to the scenario

Setting sail: from resilience towards efficiency
Scroll to top