“Addressing the Gender Gap in Financial Literacy As Part of a Broader Strategy for Economic Empowerment” is part of an event series organized by the European Banking Federation (EBF) during the European Money Week (March 22 – March 27) which celebrates financial education and raises awareness about money and personal finances. This year’s theme, ‘counting everyone in’, highlights the importance of including all social groups in financial education efforts, with a special focus on the elderly, women and youth.

Financial education and gender equality are central to delivering a thriving European economy. Combined with other efforts to tackle systemic inequalities, financial literacy can be a golden key for creating equal economic opportunities. Across the EU, significant gaps remain among women and men in terms of levels of financial literacy. Ensuring that women are not left behind requires a coordinated effort by the EU, national and local public authorities, academia, as well as the private sector. The European banking sector can accelerate the journey to equality by becoming a more diverse employer and provider of finance and by incorporating financial literacy as a major plank of its inclusion strategy.

As part of the focus on ‘counting everyone in’ in the 2021 edition of European Money Week, this session will look at the benefits and challenges of, and best practices in, building financial literacy for girls and women. 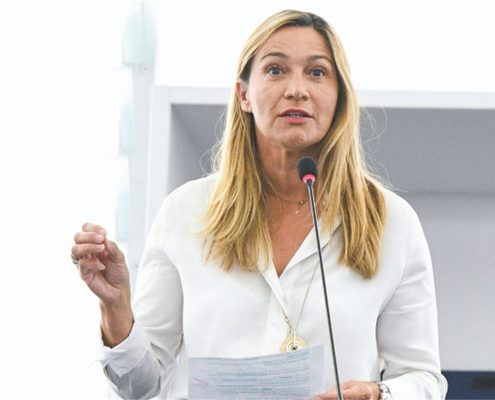 She has over 18 years of professional experience in several multinationals in Germany (Mercedes Benz, Robert Bosch) and in Spain (Rexel, Essilor and Johnson & Johnson).

In May 2015, she was elected Deputy in the Parliament of Madrid, being the spokeswoman for Ciudadanos in the Committee on Budgets, Economy, Finance and Employment. Since May 2019, she is MEP in the European Parliament in the Renew Europe group and a member of the ITRE, ENVI, REGI and FEMM Committees and the Special Committee for Artificial Intelligence and Digital Agenda.

During her term as MEP she has focused her work in promoting a more innovative and smarter Europe, through a better use of Cohesion Policy and existing instruments such as the EIT.

Maria Demertzis has previously worked at the European Commission and the research department of the Dutch Central Bank. She has also held academic positions at the Harvard Kennedy School of Government in the USA and the University of Strathclyde in the UK, from where she holds a PhD in economics. She has published extensively in international academic journals and contributed regular policy inputs to both the European Commission’s and the Dutch Central Bank’s policy outlets.

At Bruegel, Maria coordinates research collaboration among scholars. She has conducted research herself on digital currencies, Brexit, capital flows and central banking. Her most recent project is on financial literacy and the role that banks could play in its promotion and implementation. 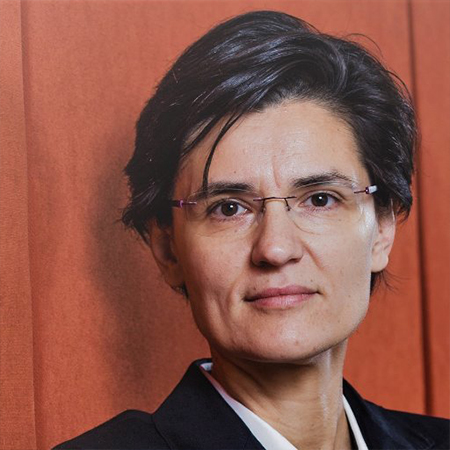 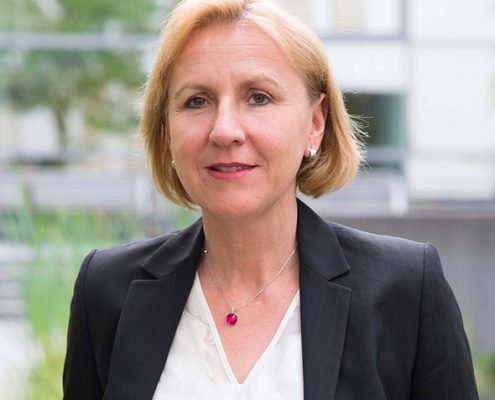 As Member of the Management Committee of Frankfurt School, Mrs Dirkes is involved in the School’s executive decision-making process and is charged with developing the School, defining strategic objectives, risk management and ensuring the institution is moving towards fulfilling its goals and mission.

Ms. Dirkes has hands on proven experience in the design of institutional building programs and training concepts, development and implementation of new lending products and has developed TA concepts, led inception missions and carried out due diligences and diagnostic studies for a broad range of institutions worldwide. Ms. Dirkes responsibilities include the design and implementation of a variety of projects focusing on Climate and Energy Efficiency Finance funded by international donor organisations e.g. ADB, EU, EIB, EBRD, KfW, IFC and Worldbank. Mrs. Dirkes is the Project Director of the on-going EBRD Initiative “Tajikistan: Green Economy Financing Facility”  and is member of the Technical Committee of the KFW financed Grant Facility “InsuResilienceSolution Fund”.

Ms. Dirkes can rely upon outstanding in-depth knowledge of the banking education sector globally. She is the current president of the “European Banking & Financial Services Training Association (EBTN)”. 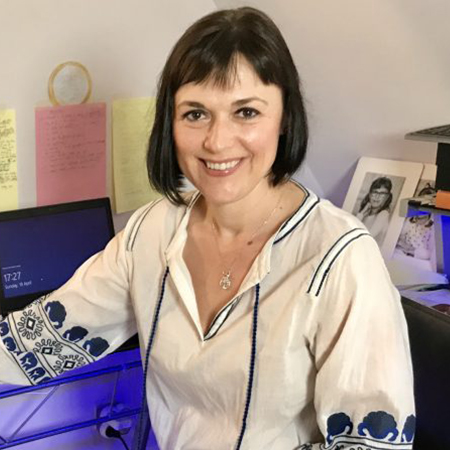 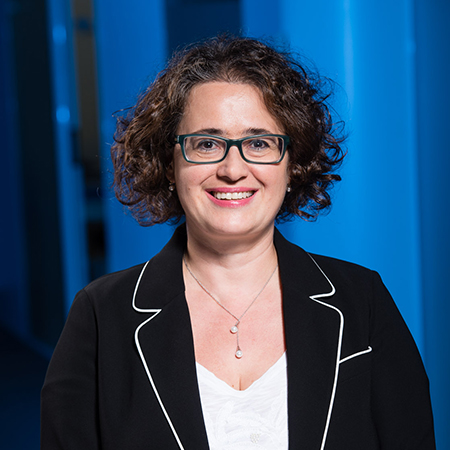 With over 15 years of experience in the field of European financial sector policy, Burçak joined the European Banking Federation, which represents the European banking industry, in 2017 to create a new unit focusing on financing growth, including business finance, financial markets and sustainable finance. Prior to this post, she was the Deputy Secretary General of the Federation of European Securities Exchanges, for which she worked for nine years. Her work in Brussels has covered many different aspects of financial markets law and policy.

In her last years at FESE, she progressively focused on economic growth, spearheading the European IPO Task Force and the Small and Mid-cap Awards of the Year. She was also a member of the EU Commission’s Steering Committee on SME Growth and Crowdfunding Stakeholder Group. Her first post in Brussels was as the Financial Markets Advisor of the EBF. In 2003, Burçak received the “Lobbyist of the Year” award in a global competition organized by Euromoney for a campaign she led on primary markets. Before moving to Europe, she worked for five years for the World Bank in Washington, D.C. on developing financial markets in transition economies.

A Belgian and Turkish national, Burçak holds a Political Science B.A. from Mount Holyoke College and a master’s degree in public policy from Harvard University, both in Massachusetts. 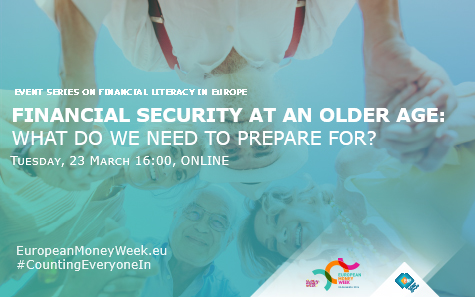 As part of the focus on ‘counting everyone in’ in the 2021 edition of European Money Week, the first day will showcase lessons learned from the USA study and explore the need for a similar research in Europe. 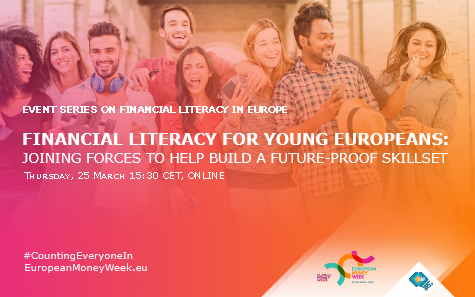 As part of the focus on ‘counting everyone in’ in the 2021 edition of European Money Week, the third day will explore key challenges and opportunities for improving financial literacy among young individuals. Experts from Europe, the US and South America will share best practices and recommendations on equipping youngsters with a future-proof financial literacy skillset.

About the organiser: European Banking Federation

The European Banking Federation is the voice of the European banking sector, bringing together national banking associations from across Europe, including all member states of the European Union. The EBF is committed to a thriving European economy that is underpinned by a stable, secure and inclusive financial ecosystem, and to a flourishing society where financing is available to fund the dreams of citizens, businesses and innovators everywhere.