The Euro Area projections presented in this chapter have been compiled from the EBF Spring 2019 Economic Outlook, a bi-annual report prepared by the European Banking Federation’s Chief Economists’ Group. European Commission data otherwise.

The Euro area economy will continue to expand, albeit close to potential for the time being

The slowdown in the pace of the economic growth within the 19-country bloc, begun in Summer 2018, will continue in 2019 largely due to weaker global economic conditions arising from multiple global challenges and uncertainties. A soft industrial sector performance in Europe and mixed economic activity by the largest Euro area economies have also influenced the growth pace.

Trade tensions, contained until last year, have started to take a toll on European export growth. If the US and China do not strike a deal, the situation for European exports may further deteriorate as this will likely lead to a slowdown in China’s economic growth which is a key market for EU exports. Europe’s export-oriented economy would also be severely hit if EU-US trade frictions materialise and US tariffs are imposed, for example, on EU automotive exports.

Looking forward, a plausible slight gradual recovery in GDP growth is expected to begin in the second half of 2019, and further into 2020, supported mainly by a revitalisation of global trade, economic growth in China following policy stimulation, accommodative financial conditions and a rebound in economic activity in Europe, especially in Germany’s manufacturing sector.

Annual headline inflation will be less dynamic in 2019 than in the preceding years mainly due to lower energy prices. Also, the high influence of a volatile oil market will keep inflation expectations low. Meanwhile, the monetary policy transmission mechanism seems to be challenged by structural forces.

Core inflation (excluding volatile items like commodities, energy and non-processed food) has remained moderate over the past years and will gradually increase in 2019 owing to expected strong domestic demand, tightening labour markets and a pick-up in wages. As a result, core inflation will gradually converge towards headline inflation.

A key factor of the inflation rate is the price of oil, which together with the price of energy, have substantially increased over the last year.

The labour markets will continue to improve over the forecast horizon

Also, in several countries in the Euro area the job vacancy rate is relatively high. In this context, the lack of adequate labour supply could weigh on the potential and real growth of the economy.

The Chief Economists’ Group of the European Banking Federation, in its Spring 2019 Outlook of the Euro Area Economies in 2019-2020, argues that the current economic outlook remains surrounded by a number of upside and downside risks with the risks to the growth outlook tilted to the downside. 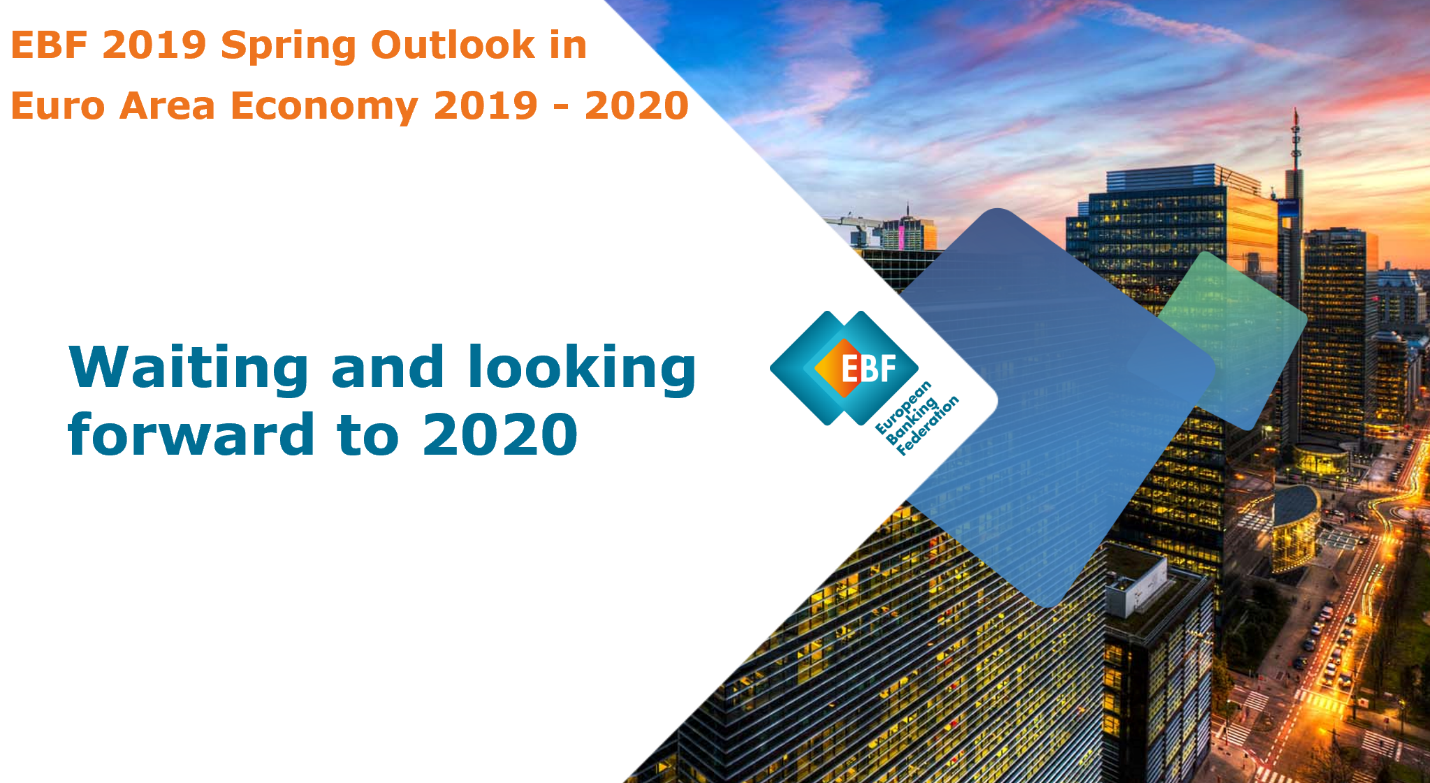