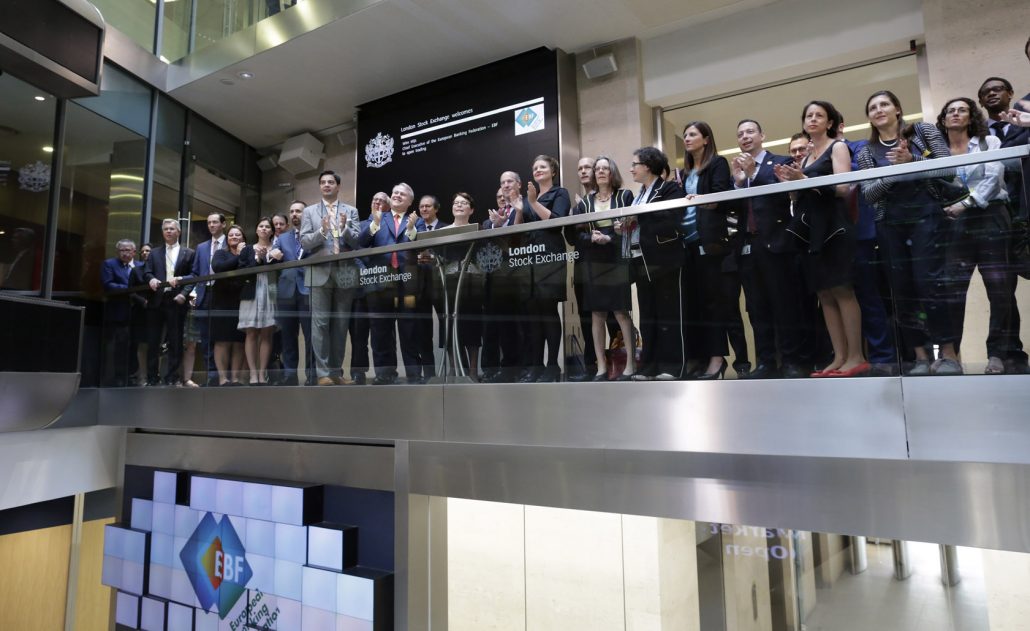 London, 6 July 2017 – EBF CEO Wim Mijs today rang the bell at the Market Open Ceremony at the London Stock Exchange and spoke at the roundtable session – Building a Capital Market Union: The Role of Banks.

The EBF was featured in the LSE Welcome Story.

London Stock Exchange today welcomed the European Banking Federation, the umbrella group for national banking associations in 32 European countries, including all member states of the European Union and EFTA countries. EBF brings together approximately 4500 banks with some 2.1 million employees from across Europe.