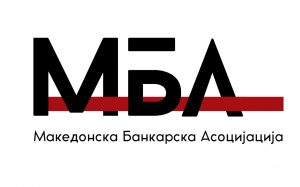 In 2019, the growth of the economy in the Republic of North Macedonia accelerated and reached 3.6%, compared to 2.7% the previous year. In terms of sources of growth, apart from private consumption, the recovery of investment activity, both public and private, was an important growth driver.

The Central Bank continued relaxing the monetary policy, decreasing further the key interest rate to 2.25%, still providing for the pursuing of the de facto fixed exchange rate of the Macedonian denar, pegged to the euro. The inflation remained low (0.8%, compared to 1.5% in 2018).  The trend in the labour market in 2019 remained favourable, with a further reduction of the unemployment rate to the historically lowest level of 17.3%.

At the end of 2019, in the Republic of North Macedonia, there were 17 deposit taking institutions i.e. fifteen banks and two savings houses. The number of banks owned by foreign shareholders was 11. Within that, at the end of 2019, six of those banks were part of the foreign banking groups. The banks in dominantly foreign ownership in 2019 still have the largest share in most of the activities: in lending 80.3%, in total revenues 76.7% and in total profit 70.8%. By country of origin, highest participation in total capital and reserves has shareholders from Greece -19.7%, Slovenia- 14.5%, Turkey-12.1% and Austria- 10.7%.

The banking network is spread throughout the whole territory of the country and consists of 420 business units. The number of persons employed in the banking system at the end of 2019 was 5932 and has not changed compared to the end of 2018.

Banks’ lending activity in 2019 has increased by 6.0%. Loans granted to the household sector remained the main driver of growth. The annual growth of loans to households stems from the growth of consumer loans and housing loans, which also experienced a moderate acceleration.

In 2019, total deposits in the financial sector experienced a solid growth of 9.0%, which was slightly lower compared to the previous year. Growth mainly came from deposits of households which was 7.9%, complemented by corporate deposits growth of 14.6%. From the currency aspect, over three quarters of the total deposit growth came from the Macedonian denar deposits, with a smaller contribution from foreign currency deposits. The level of euroization, measured by the share of foreign currency deposits in the total deposits in 2019 moderately decreased to 38.5% (40% in the previous year).

The total number of payments made in 2019 registered an annual growth of 11.7%. For the first time credit transfers and payment cards were equally used, as a result of stronger growth in the use of payment cards.

The payment statistics data showed further intensive growth of the use of payment cards in trade which in 2019 reached 20.7%, annually. At the same time, the number of POS transactions has increased by 20.4%, with an even faster growth of 29% of online card payments on an annual basis. The percentage of the population in the country that makes online purchases has been constantly increasing, reaching 29% last year.

Аs in the previous years, in 2019, the banking system maintained its stability. The banks with their prudent policies and the National Bank, through the constant improvement of the standards in accordance with the European regulations, enabled the maintenance of high and stable liquidity and solvency.

Within the overall risk profile of banks, credit risk remained dominant, but the exposure to this risk showed a decrease in 2019. As of 1 July, 2019, a new regulation on the methodology for credit risk management was introduced thus achieving harmonisation of the domestic regulations with the requirements of the IFRS 9 and European Forbearance standards.

The rate of non-performing exposure dropped to 4.8%, meaning that 95.2% of bank loans were regular in accordance with the NPE and forbearance standards.

Net interest income, with a share of 64.6%, remained the most significant in the structure of the total income of the banks. The domestic banking system in 2019 continued with profitable operations, but with slightly lower profits and consequently lower indicators of return on equity and assets, compared to 2018. At the end of 2019, these rates of return were 11.7% and 1.3%, respectively. The narrowing banks’ net interest margin fourth year in a row contributed to the lowering of profitability.

The level of penetration of total loans in the GDP was unchanged compared to the previous year: 48.9%.

In general, the banking system is sound, stable and profitable.